The company’s motto is: On-Demand – in an in-Demand World! With a team of aviation professionals, the company strives to accomplish this by being wheels up, in one hour from the time they are told “Go!”

When growing charter operator Sierra West Airlines selected the ATP Aviation Hub™ Online Service, it was a practical way to replace volumes of airframe and engine documentation, both within its own shops and in the field.

“I was considering some type of internet-based aircraft maintenance documentation and compliance service, when a friend referred me to ATP,” said Chris Reyes, Director of Maintenance for the Oakdale, California-based on-demand charter operator. “We had been using paper manuals which were hosted on our central server. But as our fleet expanded and we were flying to more places, we knew we had to find a better solution.”

With a staff of 50, Sierra West Airlines operates a fleet of 13 turbine-driven aircraft, which includes three Learjet 35s used for passenger and air ambulance charters, with one convertible to an all-cargo configuration. The carrier also flies a Learjet 55 for executive and air ambulance service, as well as a Falcon 20 jet and eight Fairchild Metroliner III twin turboprops dedicated to cargo service.

As Reyes explained, air freight service is Sierra West Airline’s major revenue generator at this time. Currently, most operations are within North America, including cross border trips into Canada and Mexico, although the carrier now has approval for Hawaii.

Although the corporate offices are at Oakdale Municipal Airport, the entire fleet is based in Texas at El Paso International Airport, which is where the airline operates a 12,000 square foot maintenance facility, employing seven technicians. The El Paso location, Reyes explained, does mostly routine, line level airframe and engine checks, and engine changes. An additional 8,000 square foot maintenance hangar is located at Oakdale, which, he noted, does some overflow work from El Paso, as well as conformity work in which aircraft acquired from outside the country can be brought into compliance with US regulations. Reyes said that, usually, he is the sole technician there.

With an understanding of this airline’s operation, it is not surprising that, as Reyes reported, the ATP Aviation Hub was chosen for the convenience of the mechanics. “The big advantage it offers is internet access, which becomes especially important when one of our aircraft gets into an AOG (aircraft on ground) situation, and we have to send a mechanic out to where it is. Once he gets there, all he needs is an internet connection. There is no need for him to take volumes of paper manuals,” said Reyes. “I would say that about 99 percent of the airports we use have either a wired or Wi-Fi internet access.”

To illustrate the convenience factor, Reyes gave an example of an AOG involving its Metroliner III fleet, before the company subscribed to the ATP Aviation Hub.

“We dispatched a mechanic to a Metro III, which needed an engine power cable change-out, and he took all the manuals he thought he would need at the time to do the job. The problem was that the documents he selected did not cover an unanticipated repair that was discovered during the cable change.”

That, Reyes explained, meant that the mechanic had to phone him to request a copy of the page from the appropriate manual chapter, which then had to be copied and sent to the mechanic in the field via FAX–a time-consuming task. As a result, we asked ATP to add the Honeywell TPE 331-11 for the Metro III, as well as the Honeywell TFE 731 jet engines to our ATP Aviation Hub online subscription,” he said. “Whenever you use hard copies of maintenance manuals, you can always forget to take something along that you may wind up needing,” he said.

The carrier currently subscribes to ATP’s Learjet 35 and 55 airframe libraries, as well as those for the Honeywell TPE 331-11 engines used on the Metroliner IIIs; the Honeywell TFE 731-2 and TFE 731-3A-2B–the power, respectively, for the Learjet 35 and Learjet 55; and the TFE 731-5AR-2C which powers the airline’s Falcon 20.

But it is not just AOG work for which the airline uses ATP Aviation Hub. For example, the El Paso maintenance location was able to phase out nearly all its paper manuals, for the engines, as well as the Learjet and Metroliner airframes, thanks to the ATP Aviation Hub. According to Reyes, that facility, unlike the one at Oakdale, was never serverequipped to host discs.

“I can save files on compliance windows and update compliance information faster using the internet service. ATP has been my partner with getting all of the compliance documents we need in a timely manner.” 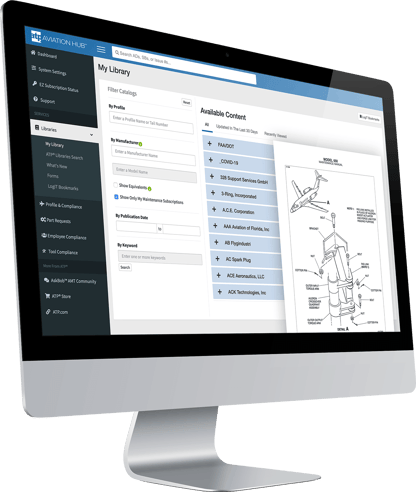 With over 1,700 libraries across 80 airframe, engine, and equipment OEMs, the Aviation Hub provides users web, mobile, and desktop access to every publication they need to carry out their maintenance and missions.

Now integrated with Flightdocs, users have the ability to access their libraries with just one click from maintenance tracking. 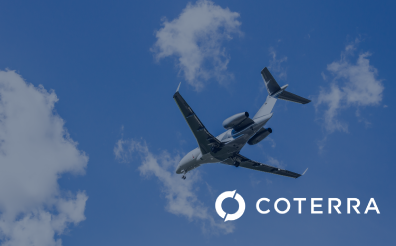