About this North American Retailer

They are a fortune 30 company with upwards of 2,000 locations across the US & Canada. Running a Part 91 operation, their fleet consists of 5 Dassault Falcon aircraft. 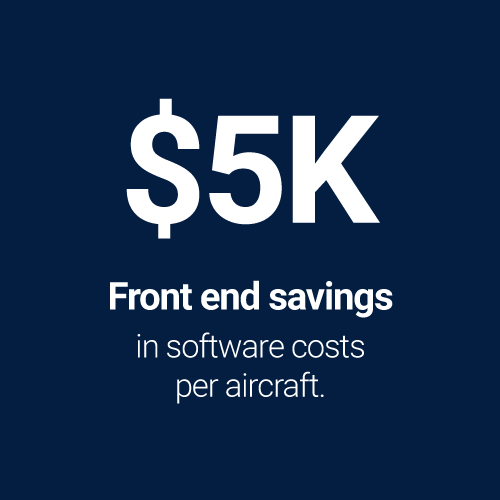 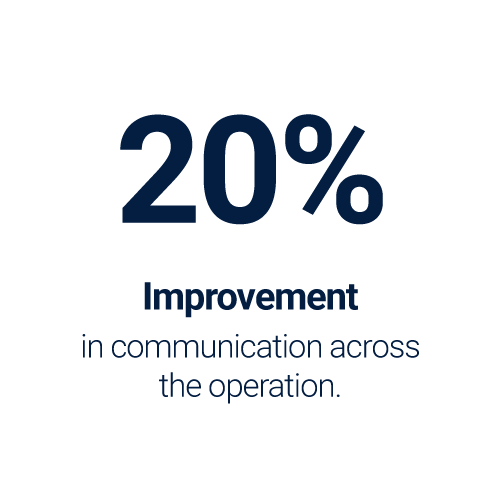 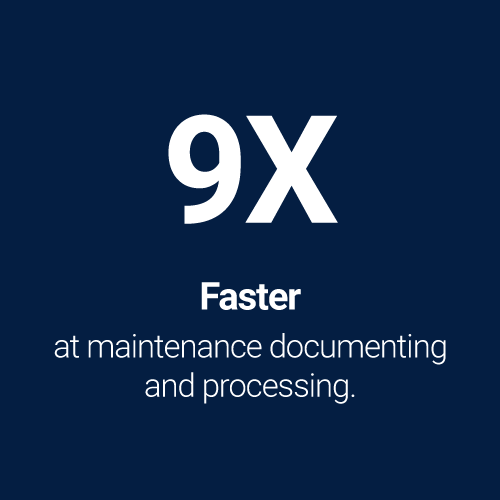 Before switching to Flightdocs, they were using a system where updating data was not easy. Determining the current status of an aircraft was often hampered by delays in getting data processed, creating unacceptable operational hurdles. With this system, paperwork was hard to organize, and access to historical maintenance records was difficult.

By adapting Flightdocs, they gained visibility to their aircraft maintenance data in real-time. Critical aircraft maintenance information is one click away and can be accessed from anywhere, anytime -- and on any device. The intuitive interface has simplified navigation and the ability to perform, document, and update maintenance has been notably enhanced.

"We looked at Flightdocs and we really liked its capability and how user-friendly it is. The interface is very smooth,  and simple to use."

With a fleet of five Falcon aircraft to operate across a majority of the USA and Canada, this flight department supports multiple flights a day every week. Whether it be a flight to a store location, or delivering goods in times of need, this flight department is always on the move. The process of preparing an aircraft for a flight is time-consuming, especially when the maintenance platform being used is difficult to work with.

The Chief of Aircraft Maintenance (CAM) knew that the current system his team was using to maintain their aircraft was holding them back. Not only was the platform difficult to use, but the analyst support was lacking as well.

Coming from a Part 121 operation that used Flightdocs, the CAM knew the platform could transform his current flight department into a fully electronic operation. After evaluating a few other solutions as well, he ultimately chose to transition his aircraft to Flightdocs and get his team using the system. It didn’t hurt that Flightdocs would save them some software costs annually by making the switch!

Because of its simplicity, the team was up and running on Flightdocs ahead of schedule, and able to carry out their duties much more efficiently.

“Because Flightdocs is so intuituve and user-friendly, getting my team trained and up to speed was easy. It's almost like using an apple phone. You can just pick it up and figure it out pretty quickly.” 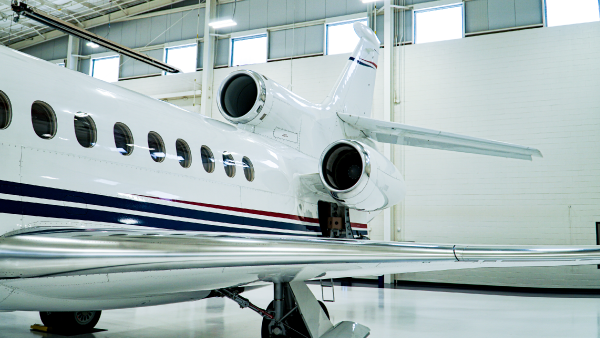 At his last company, a part 121 supplemental cargo carrier, the CAM started using Flightdocs, where they became the first 121 carrier to go fully electronic. When he started at this retailer, he knew he wanted that capability because it made his team a lot more efficient.

In his research and experience, the CAM found that Flightdocs was the only platform that provided both fully digital capabilities and ease of use. All the other platforms were one or the other, and Flightdocs offered both. That was a huge takeaway when comparing Flightdocs to other systems.

Now being fully digital, the CAM mentioned that his flight department, pilots, and flight crew can pull up data “anywhere they are in the world.” This gives them all the ability to review the status of the aircraft while they are having a cup of coffee at home, in the car, or even an hour before the flight trip. They never have to wait until they get to the hangar to know the status of their aircraft, saving them an enormous amount of time every day.

One pleasant surprise that the CAM came across by implementing Flightdocs was the streamlined communication. Being able to communicate throughout their department on issues with an aircraft saves them time during each maintenance event.

When there is a suspected problem or concern, the flight department can send pictures or videos and then attach them to a discrepancy in Flightdocs. That way everyone can visualize and fully communicate about the issue without any question or doubt. Also, the team is alerted via email on discrepancies, so there is no chance of them missing anything important.

By having all their issues documented and trackable in Flightdocs, this flight department can rest assured knowing that if a similar issue comes up, they can research previous issues with ease and fix them accordingly. Not to mention, the pilots and flight crew can also see the history, comment, and communicate with the rest of the team. 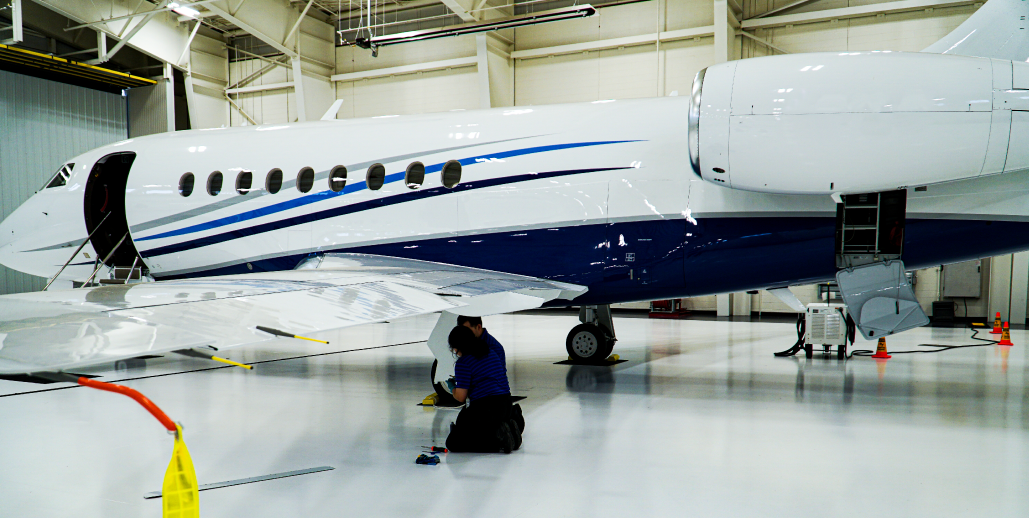 Even though they are a Part 91 operation and don’t get too many FAA inspections, keeping their data organized is a top priority. Before Flightdocs, the previous maintenance system had no management of digital record keeping and the data was not clean.

With Flightdocs, when inspections do arise, or an unexpected maintenance event comes up, the team can easily pull up the documents they need for support. Staying compliant is no issue because they have a digital record of everything.

Another feature that this flight department uses to maintain compliance is the electronic signature or “eSignature.” They digitally sign all their online paperwork, so they are not concerned about any events, discrepancies, or items not being signed off on. It is all done directly within the Flightdocs platform.

“I think one of the biggest value drivers is the way Flightdocs enables us to organize our files.” 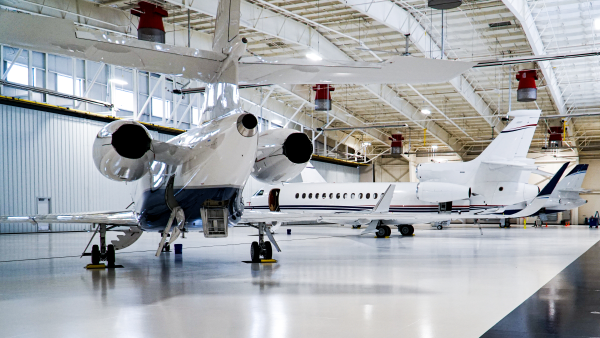 Each of this retailer's aircraft in the fleet has its own set of equipment, and each item is logged and tracked in the Flightdocs Inventory platform. When an item is being used or taken out of its designated spot in the stockroom, it is noted in Flightdocs. Flightdocs has helped them remain organized and informed on their inventory and items being used.

When an item or part needs to be replaced on an aircraft, the team is able to go into Flightdocs and verify if they have that part in stock or not. If they don’t have the part or item in stock, they can easily order a replacement part and keep track of the purchase order right within Flightdocs. Ordering parts and keeping track of their inventory has been a game-changer for them and the CAM mentioned his team has “really enjoyed it.”

By knowing the status of the parts, what parts they have in stock, when they need to be replaced, and when they have been replaced, this team has been able to improve their aircraft uptime. 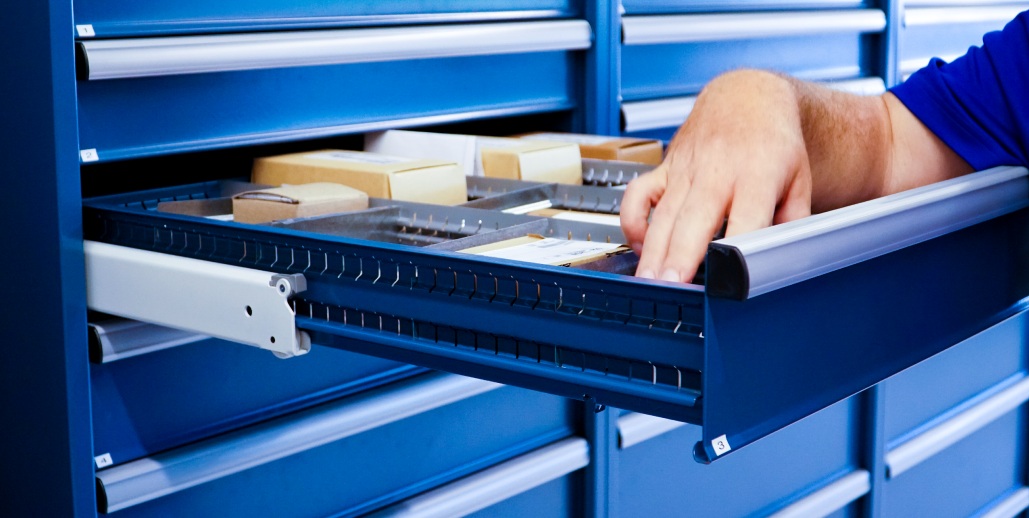 With their other maintenance tracking system, the CAM mentioned that when he needed help, he would call their support and “usually end up talking to an individual who doesn’t know the system.” The team needed savvy customer service reps who could support them in manipulating the software to meet their requirements.

When they switched over to Flightdocs, any time the CAM had a question or wasn’t sure how to use the platform a certain way, there was always someone on the other line helping him immediately.

Another benefit was the training options available. Whenever the team reaches out for training support, ATP delivers Flightdocs training via web, talk through via mobile, or even on-site if needed.

“And when I call that number, somebody answers right away, and they know how to use the system. They always show me how to get where I need to be.”

When this major North American retailer struggled with using their previous maintenance tracking system, they turned to Flightdocs and saw an impact on the efficiency of their entire flight operations team right away.

Flightdocs has transformed this team into a fully electronic flight department. They can now access all of their aircraft data on-demand, view the fleet status from anywhere, communicate across departments seamlessly, keep their documents and stockroom organized, and experience industry-leading customer support. These capabilities have all led to more efficient use of their funds, time, and effort.

Maintenance software is critical to their mission and the ATP Flightdocs solution is a proven asset in meeting operational requirements.

Book a Demo of Flightdocs